As successful and seasoned investors would repeatedly point out to newcomers in the game, maintaining a consistently performing portfolio has nothing to do with luck. It requires dedication and that unquenchable thirst for knowledge in your specific industry to stay ahead of your game.

How to invest smartly in the cryptocurrency boom

Bitcoin has surpassed the $15,000 milestone, growing by more than $1,000 per week throughout the tail end of 2017. In light of this phenomenon, Capital.com looks at four ways to invest in cryptocurrencies 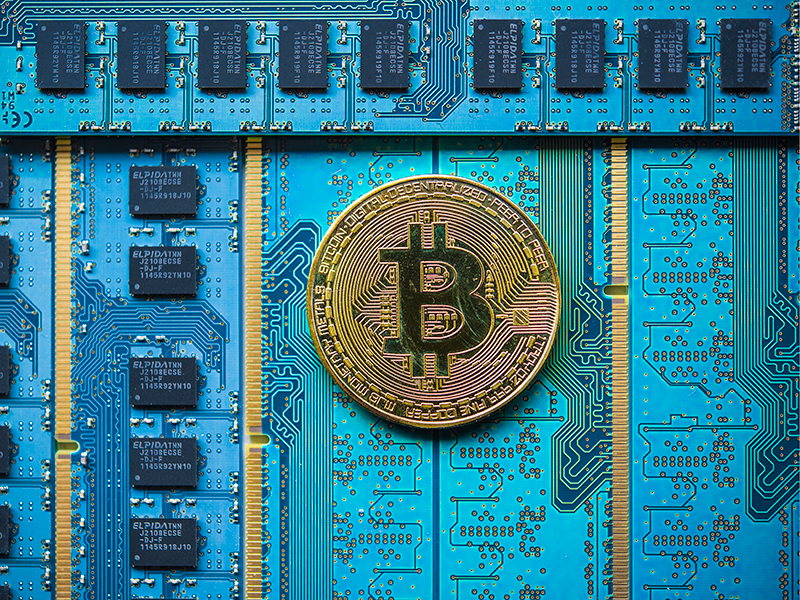 There are four ways to benefit from cryptocurrencies: mining, ICOs, trading on cryptocurrency markets and trading with CFDs

Cryptocurrencies are based on blockchain, a decentralised, distributed, public ledger payments technology. Should blockchain prove to be as efficient, scalable and secure as its advocates claim, it could seriously disrupt the legacy payment systems currently operated by banks, much in the same way the internet disrupted traditional media, communication and advertising.

The central idea of blockchain is that previously powerful intermediaries become redundant in making transactions and deals. As a result, it’s no longer necessary to use a bank or other payment service provider to transfer funds. Instead, both companies and individuals can trade in cryptocurrencies, bypassing the traditional route altogether for a system that is more efficient, and arguably safer too.

Today, there are four principal ways to invest in the cryptocurrencies that are growing in popularity with each passing quarter. Here, we take a look at each option:

Acquiring the necessary experience and knowledge can see miners earn a regular income in bitcoin – or, indeed, any other cryptocurrency

To start mining, you need to acquire hardware with high-performance processors capable of making the necessary calculations. When choosing hardware, pay attention to issues such as performance, price and electricity consumption. It is also possible to mine using cloud mining pools.

It is not easy to start mining from scratch, but acquiring the necessary experience and knowledge can see miners earn a regular income in bitcoin – or, indeed, any other cryptocurrency.

Initial Coin Offerings (ICO) sound similar to the Initial Public Offerings (IPOs) of company shares, but they are markedly different. Unlike an IPO, an ICO offers no legal rights or claims to underlying assets.

With an IPO, an investor either has part ownership in a company through shareholdings or they can buy coins, which can appreciate in value should the business prove successful.

However, due to the fact projects funded through ICOs are typically early-stage start-ups, many of them have no minimum viable product. This means there is always a high risk the company will fail and investors will lose their money. Additionally, as ICOs are not regulated, there is no redress if money has been unwittingly lent to a fraudulent business.

Nevertheless, ICOs have attracted a lot of money (over $3bn) through 234 issues in 2017 to date, according to coinschedule.com.

To start trading you need to choose a crypto market, of which there are many all over the world. Equipped with a crypto wallet, participants can buy and sell real cryptocurrencies.

Buying, holding and then selling to crystallise a profit is a similar principle to investing in shares or commodities. However, trading cryptocurrencies involves risks that are not always associated with traditional asset classes; many crypto markets are located in risky jurisdictions, with no regulator to control them and guarantee trader rights. Ultimately, it’s just as possible to lose money trading, as it is to make a profit.

While no one can ever predict market price movements, many people claim there is huge potential for each bitcoin to be worth $100,000 or even more. One of the reasons, they say, is the limited supply, though the recent ‘forking’ of bitcoin to create bitcoin cash slightly undermines confidence this will remain so.

If the rules are to be believed, there can only ever be 21 million true bitcoins, out of which nearly 20 percent are dead bitcoins – or, in other words, they are trapped in lost crypto wallets.

Others say bitcoin has all the signs of a classic bubble, comparing it with silver in the 1980s, dotcom stocks in the late 1990s or tulip mania in Holland in the 1630s. Throughout the centuries, investors have seen markets crash spectacularly as a speculative bubble bursts.

Many claim there is huge potential for each bitcoin to be worth $100,000 or even more

There is little doubt cryptocurrencies are unusually risky compared with more traditional asset classes. For one thing, they are always susceptible to hacking. When the now defunct Mt Gox exchange was hacked in 2014, for example, around 850,000 bitcoins went missing.

The decentralised nature of cryptocurrency can thus be a curse, as well as a blessing.

When trading contracts for difference (CFDs), you don’t own the cryptocurrency itself, but you can still trade it as prices change, and go either short or long.

Going long means first buying at one price and later selling for a higher price, benefitting from the price increase. Going short, on the other hand, enables investors to benefit from falling prices. First by selling at one price, then closing the circle of the deal, and ultimately making a profit by buying later at a lower price – this can be done using CFDs.

Many brokers provide the opportunity to trade CFDs on cryptocurrencies, but it is important that investors choose a regulated broker. For instance, Capital.com, a CySEC-regulated broker, offers trading in bitcoin, Litecoin, Ethereum and Ripple.

Capital.com is known for having an easy-to-use, intuitive interface platform that is available on desktop, IOS and Android. All that is needed to join the cryptocurrency world is a smartphone.

Capital.com provides leverage for cryptocurrencies of up to 1:5. This means buying CFDs for one bitcoin enables you to trade five bitcoins. Moreover, you can open a position on bitcoin for as little as $20, with trading starting from BTC 0.01. Tight spreads and the absence of trading commissions are also a big plus.

You must remember, however, that you trade at your own risk, as you could lose all of your invested capital once you begin trading. So we will finish with one final tip that is as applicable to cryptocurrency as it is to other assets: do not, under any circumstances, trade with money you cannot afford to lose.