Why do people prefer Bitcoin over banks? Check this out!

During Bitcoin’s early years, people had been very skeptical to Bitcoin’s real purpose and existence, but years after, people are starting to embrace it and are now making it a part of their daily lives. Do you know what’s the most amazing recognition that Bitcoin has gotten through the years? It’s when people started to choose it over using the traditional banks!

Consumers are losing trust in major banks and financial service providers. Many institutional investors, traders and most millennials are moving toward Bitcoin and fintech due to the fraudulent activities and inefficiencies of existing banks.

“Say, for example, that a customer agreed to a monthly payment of $275 in principal and interest on her car loan, and arranged for the amount to be deducted from her bank account automatically. If she were not advised about the insurance and it increased her monthly payment to, say, $325, her account could become overdrawn as soon as Wells Fargo added the coverage,” reported Boing Boing.

More to that, a report obtained by Boing Boing further revealed that the bank owed $73 mln to wronged customers after the attempt to defraud millions of customers was revealed.

If you steal 1 car you're a car thief and go to jail or get shot.

In July alone, a number of major bank scandals emerged. Apart from the Wells Fargo case, the European Union (EU) states announced that they are actively investigating into methods and measures that would prevent bank clients and users of withdrawing their funds. Sources including Reuters reported that the EU is looking into such measures in order to prevent banks from failing.

“The desire is to prevent a bank run so that when a bank is in a critical situation, it is not pushed over the edge,” a source from a German bank close to the case told Reuters.

Other sources have also told Reuters that involving banks along with EU states perceive such measure as a feasible option.

“The so-called “feasible plan” of EU banks to lock up user funds in order to prevent financial failures and instability of banks sets a terrifying precedent for bank consumers.”

If banks have the ability to prevent users from withdrawing their money, which they already do, bank users and clients can never remain confident regarding the whereabouts and security of their funds.

The vast majority of bank users and consumers reliant on financial service providers are moving toward Bitcoin and innovative fintech applications for the above mentioned reason. They don’t feel safe storing funds in bank-owned accounts that can be locked, suspended, terminated and manipulated at any point in time. 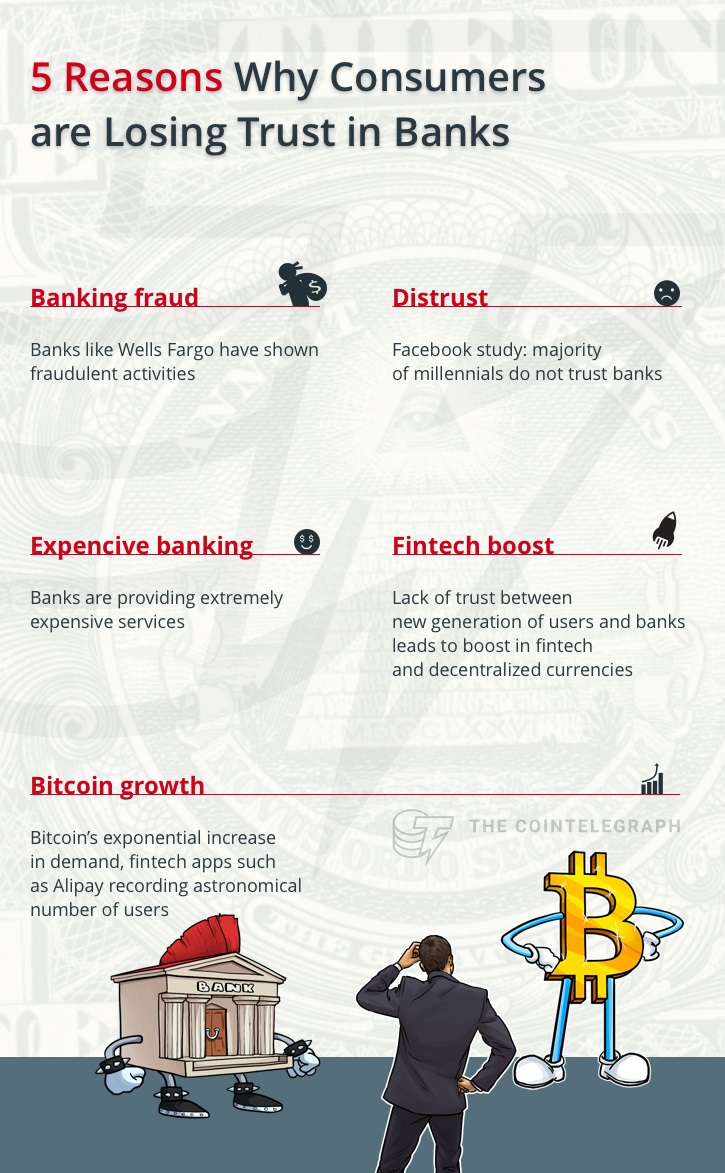 Cointelegraph also previously reported that according to a Facebook study, the vast majority of millennials have lost trust and confidence in existing banking systems.

“Millennials also feel disconnected from the financial services industry. Many financial institutions have yet to realize that winning over the Millennial generation will require a transformative overhaul—from how each institution views its competition to how it connects with clients,” the Facebook research paper read.