Convincing Reasons Why You Should Invest In Cryptocurrencies

Do you want to invest in cryptocurrencies but in doubt?

Cryptocurrencies had been making waves for years now. And as days went by, cryptocurrencies’ value kept on rising that it has even become countries’ protection against economic crisis. Governments and businesses are becoming more interested, may it be countries from developing and developed countries.

You are an active investor and the current bull market in stocks has proven to be a boon for you as your portfolio is up 10 percent year-to-date. You have outperformed the S&P 500’s 9.54 percent gains in 2017. However, what if I told you that your returns could have been 50 percent or 100 percent better?

However, as soon as I utter the word Bitcoin or Ethereum, most owners of a classic portfolio (constructed using stocks, bonds, precious metals and cash) would switch off. Most would reject the idea as “too risky.” But wait.

In this article, I will tell you, why you need not fear digital currencies. Don’t be the one who fails to recognize an opportunity of a lifetime to maximize your returns.

They are not as risky as they are made out to be. They have evolved over the past few years and are worthy of a second look. Here are few thoughts why it might be a good idea to include digital currencies in a classic portfolio.

The final decision rests with you. After all, it’s your hard-earned money.

According to Investopedia, “Risk involves the chance an investment’s actual return will differ from the expected return. Risk includes the possibility of losing some or all of the original investment.”

While constructing a portfolio of stocks, blue-chip stocks are usually preferred, as they are perceived to be comparatively less risky.

What is a blue-chip stock? It’s a the stock of a large, well-established, financially sound company operating for many years. A blue-chip stock typically has a market capitalization in the billions, is generally the market leader or among the top three companies in its sector, and is more often than not a household name.”

Now, let’s see if Bitcoin fits the bill of being equivalent to a blue-chip.

So, in terms of size, it fits the bill of being a blue-chip.

It has been eight years since the first Bitcoin was mined. Many never expected it to reach where it is today. Its obituary has been written many times already. However, it has only grown stronger every year.

The famous blogger and financial advisor at Ritholtz Wealth Management, Joshua M Brown wrote in his blog post: “Bitcoin, if it were complete and utter nonsense, probably should have died already. But seven years since it burst into the public consciousness – with all of the attendant volatility and criminal activity you’d expect to come along with something so new and unproven – and it’s still here. Despite the hacking and stealing and malfunctions and crashes, it’s still a thing. It’s the f***ing rooster. Ain’t found a way to kill me yet…..”

Bitcoin and the other currencies are not limited only to technology nerds; even the United Nations has used the Ethereum Blockchain to send aid to Syria.

Various central banks across Europe and Asia are said to be contemplating using cryptocurrencies.

Japan has been at the forefront in adopting digital currencies. In April of this year, it recognized Bitcoin as a legal payment method. Other nations are also likely to follow suit.

Therefore, cryptocurrencies are here to stay and are likely to find a larger user base in the years to come. 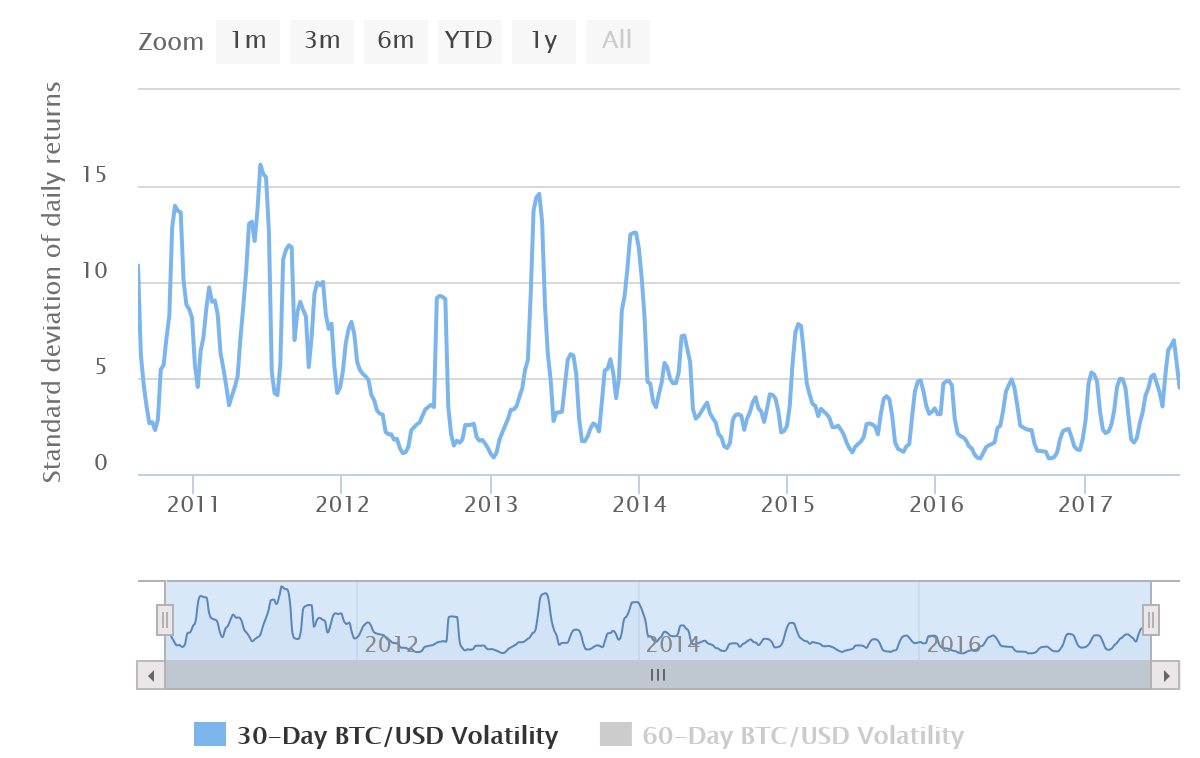 Similarly, many have said that cryptocurrencies are a bubble. It might be the case with that a few digital currencies. However, to paint all of them with the same brush will be unfair.

Any new technology or concept takes time to get accepted. Gordon Scott, CMT, in an article on Investopedia compared the initial years of Amazon to that of Bitcoin and Ethereum. As seen, new technologies take off vertically when the public gradually accept it and understand its significance. Just because price rises vertically, it is not the end of the rally. Sure, there will be corrections in between, but the major trend will again reassert itself, like in the case of Amazon.

If one looks at the chart of Amazon today, the price in 1999 looks to be very cheap. Similarly, after a few years, when one looks back at today’s Bitcoin prices, it will look to be low.

Are any mainstream investors buying cryptocurrencies?

If Bitcoin was such a great investment, are seasoned investors also buying it?

Mike Novogratz, former hedge fund manager at Fortress Investment Group and a Goldman Sachs partner who made the Forbes billionaire list in 2008, has said that 10 percent of his net worth is in cryptocurrencies. He also called it “the best investment of his life.”

Legendary investor Bill Miller has invested in Bitcoin and it is grown into one of the top holdings in his hedge fund.

Many others have invested in Bitcoin acknowledging its future.

Is the investment risk-free?

No. Like all investments, there will be risks involved. However, similar to managing risks in a conventional portfolio, you will have to manage risk in cryptocurrencies.

Don’t get carried away with the lure of making easy money. Invest in the popular cryptocurrencies that are backed by a strong technology with a future.

It might be a good idea of not investing all your money into cryptocurrencies. Allocate money only according to your risk appetite and your goals. However, including a few cryptocurrencies in the portfolio in a staggered fashion and see them grow over the years seems to be a popular move nowadays.