Bitcoin’s Best Week Since June Due To High Chinese Demand

Yes, the Chinese yuan is falling, and it’s making investors worry as this change will absolutely affect their investments within and outside the country. The good news is, bitcoin is right here to the rescue.

Just imagine the world without bitcoin, in China’s situation right now, investors are probably scratching their head already while desperately thinking about how to lessen the impact of yuan’s falling on their investments. Thankfully, with bitcoin’s more secured characteristic, they’ll be protected.

The demand for bitcoin increases as the value of yuan continues to depreciate.

A depreciating Chinese currency has boosted demand for the cryptocurrency bitcoin as investors sought protection from the falling yuan.

Bitcoin rose almost nine percent through the week and was trading at $688.40 as of 14:17 GMT on Friday. That’s the biggest gain since June when its value rose with the UK’s vote to leave the European Union. Investors turned to the digital currency as a safe haven from the British pound.

With the yuan hitting a six-year low against the US dollar on Monday, Chinese investors rushed to buy bitcoin. Experts say the Chinese are using the digital currency as a way to circumvent capital controls. 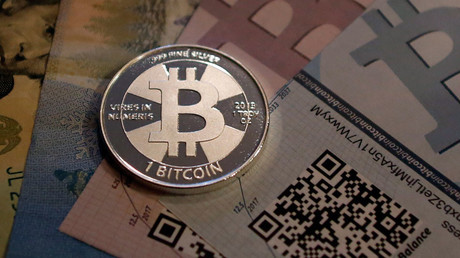 “There is a premium in bitcoin pricing in China as a hedge against the yuan,” Jack Liu, the Hong Kong-based chief strategy officer at OKCoin told Bloomberg. “Strength is likely to carry into year-end.”

China accounts for about 90 percent of all bitcoin trading on exchanges. The country has strict capital controls, which makes it difficult for the Chinese to convert the yuan into foreign currency, and limits the amount of cash investors can move abroad.

Some analysts say the price of bitcoin will continue to rise as more devaluations are expected from the Chinese government.

Bitcoin could rise above $700 before the end of the year due to the strong Chinese demand and unexpected events, such as Donald Trump winning the US presidency, according to Aurélien Menant, chief executive officer of Gatecoin in Hong Kong.

“The outcome of the US elections is likely to have an impact, as would the consequence of a Fed rate hike,” said Menant. “Further yuan devaluation and interest among Chinese investors will continue the momentum,” he added.

The price of bitcoin plunged to as low as $408 in August after the hacking of the Hong Kong-based digital currency exchange Bitfinex. Over $72 million worth of bitcoin were stolen following a cyber-attack on the company’s systems.